It was found in the Eastern Cape that without buy-in from all stakeholders, housing projects have little success. Lead departments should be recognised and permitted to proceed without interference, and land use and zoning issues must receive upfront attention to prevent later surprises. Project site visits and progress monitoring need to be regular, and experienced contractors should be appointed to mentor emerging contractors. Delivery bottlenecks should be addressed and contractors should be paid on time.

Pentecostal churches surveyed in the Gauteng and Durban regions in 2007-8 tend to be characterised by a sense of spiritual encounter, joy, happiness, and optimism among congregants. These reactions appear to correlate with feelings of self-confidence and self-esteem …. that create high levels of personal energy that manifests itself in a more intense family life, working life, and business activities.  This closely resembles some important aspects of original Calvinism (as described by Max Weber): a sense of purpose and confidence in worldly engagement, strengthened by this worldly asceticism.
http://www.cde.org.za/article

It is incumbent upon the government to protect the public from excesses associated with gambling, such as bankruptcy, disruptions to family life, and psychological addition. This research in 2000 showed that many South Africans are addicted to gambling.
http://www.hsrcpress.ac.za/product 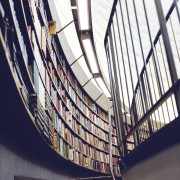 Policy interventions to increase the output of secondary school mathematics and science passes are essential.  Research in 2007 showed that the top 10% of the country’s schools produce more than 70% of Mathematics Higher Grade passes.  Clearly therefore, to focus on need alone without taking capacity into account results in wasted effort. http://www.cde.org.za/article 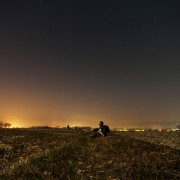 Two-thirds of people in the Eastern Cape trust or strongly trust their local government, as do about half of those in Mpumalanga, Free State, North West, KwaZulu-Natal and Limpopo. In contrast, only just over one-third of those in Gauteng and the Western Cape feel this way.  Ironically, the latter generally have the most highly developed municipal infrastructures. They also have higher proportions of well-educated residents than do other provinces, implying that better-educated service users have higher expectations of service delivery tend to be more critical of government. http://www.ggln.org.za

People who attend religious meetings most frequently and who hold the most orthodox religious views are more likely than others to be satisfied with their lives. Research amongst South Africans reveals that whereas about one in three people whose Christian beliefs are unconventional are satisfied with their lives, the proportion increase to more than half amongst those whose beliefs are biblically conventional.http://www.springerlink.com/content 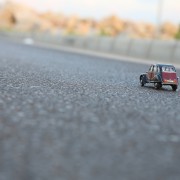 In order to enhance job prospects for young people, life skills instruction in secondary schools should include job search issues such as networking, CV writing, preparation for interviews, and the discipline and time-keeping that are essential for formal employment.  http://www.businessday.co.za/Articles

The average South African is often seen as Christian and as supporting democracy, but research reveals much greater diversity of opinion and suggests that many of the fundamentals of democracy and Christianity are not accepted unconditionally.
http://ajol.info/index

A large number of church members who are living with HIV/AIDS choose to disclose their status selectively.  This is seen to be a sensible and reasonable choice, as inevitably some church members will be more supportive than others. http://aid.anglicancommunion.org/anti_stigma_report

The desire to purchase a car increases from 17% amongst South Africans with little or no formal education up to 39 percent of those with post-matric education. A similar pattern exists in respect of paying off debts; travelling or going on holiday; paying off a house; purchasing long-term insurance; and paying off a car.
http://www.busrep.co.za/index